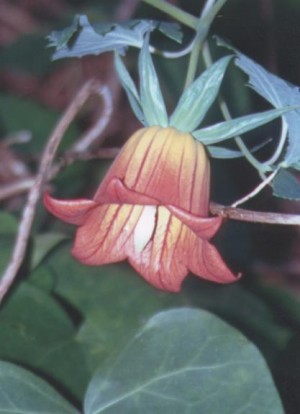 Much of the municipality (80%) are classified as protected natural area. On one side, the Rural Park Doramas occupies the northern half of town, encompassing areas such as Barranco de la Virgen, where you can still enjoy an interesting laurel forest stronghold of great botanical Integral and on the other side the Natural Reserve of Barranco Oscuro. All of the Barranco de la Virgen distinguished by a lush vegetation that dominates the landscape, but this is especially remarkable relic. Barranco Oscuro area is considered by investigators as one of the fragments floristically rich and diverse among the remains of ancient monteverde current dues. It is a gorge with walls still very strong and cliffs, which has an endemic flora is preserved in many cases only inhabits the area. Therefore, this area receives the maximum protection possible within the network of protected natural areas of the Canary Islands: Integral Nature Reserve. This is to prevent them from disappearing forever some species that can only be found here. The cockscomb (Isoplexis chalcantha) and white sage (Sideritis discolor) are only two of these plants of which only a few copies. Predominate and barbuzanos laurels; acebiños are more scattered, and some tiles paloblancos large. The viñátigos are more sporadic in the cliffs, interspersed with thickets, as with the mocanes. Also noteworthy is the presence of OSAS in areas very umbrófilas. Small groves are introduced species such as chestnut, eucalyptus or poplar. The shrub layer is rich both in its density and by its diversity, especially the patches of heather. Another common species is the follao and Bencomia. Also scrub the escobón, the codes and the broom. Among the pulley, deserves a special mention of this area with common characteristics. In the cliffs and communities Veroles Cantilo appear in different forms and cerrajas

This is a small sample of what was once the legendary Doramas Forest, covering the entire interior of the island. Under the protection of the Rural Park is intended to recover Doramas through reforestation small extensions laurel still preserved. Among them is the area of La Laguna de Valleseco and Pico de Osorio. These areas of great scenic beauty have been the subject of an intense work of restocking for years and today we offer a good representation of this type of flora. Near the pond of La Laguna is also a bird observatory, where you can see a great variety of birds that come to this place.

The pine forests of pine trees in this area are restocking with less than fifty years of existence. In 1953, the Ministry of Agriculture, issued a decree which declares compulsory reforestation of several farms of the summit. In this way, the Island reached agreements with the owners to form a consortium, whereby the latter ceded these farms, making the Cabildo plantations. Pine forests covering the mountains of Valleseco (Calderetas, Crespo, Cueva Corcho, Galaz Almaderos and tables) and other surrounding towns were planted with these stocking made by the Town.

The landscape of Valleseco is amazing and offers some of the most beautifull hiking in the world. Do some reconnaissance now with our INTERACTIVE HIKING TRAIL MAP.